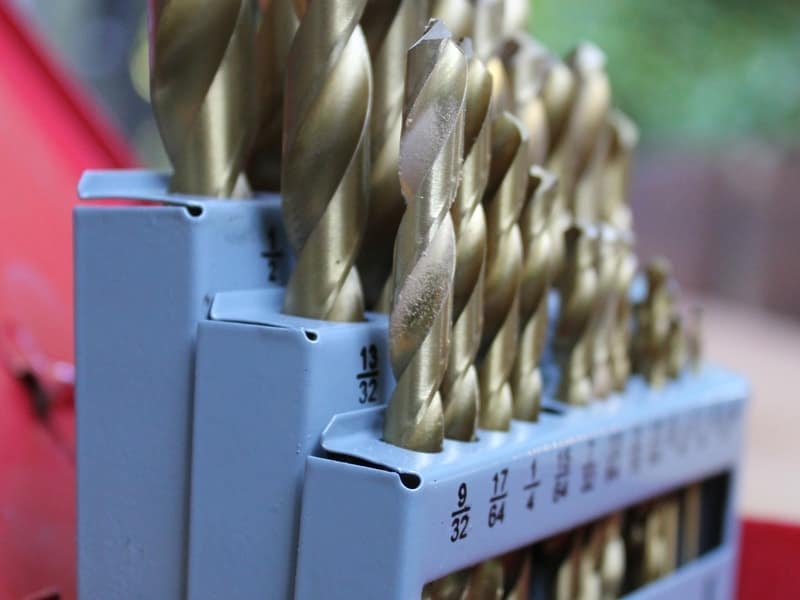 When you’re first learning to program a CNC, all those canned cycles can be pretty intimidating. Looking through the reference charts, it can be tricky to distinguish how these cycles are different. So what’s the difference between G73 and G83?

Let’s review what exactly these differences are, when you would use them, and how you can control the parameters to suit your application.

Generally this is used only to break up long and stringy chips. Continuous chips can be a safety hazard. They can also potentially break the cutting tool or damage the workpiece.

This happens when the chips wrap around the spindle and then catch on to something. I’ve seen them rip workpieces right out of vises and cause a lot of damage – not something you want to have to explain to your supervisor.

Another possibility is that long chips can jam up your chip auger. It’s not fun when you have to shut the machine down so you can climb in and untangle everything.

The solution to this problem is the G73 canned cycle.

To understand what this does exactly, let’s first look at the standard drilling cycle, G81.

Here’s how this usually looks within the program:

With the G81 drilling cycle, the tool will go to the XY position (one inch up, one inch right of the origin) where the G81 is first used. Then it will feed down to the Z value (-0.250), using the F value to specify the feed rate (2.5 inches per minute).

Then it will retract up to the R plane in rapid mode (as long as G99 is the default), in this case, 0.1″ above the origin. Otherwise, a G98 command will return the tool to the original Z position that the tool was in before G73 began.

From there, it will repeat this canned cycle (the position, drill and retract motion) at every X Y coordinate thereafter. In this case, there will be a total of three holes drilled.

To stop the canned cycle, we use a G80 command. Any X Y coordinates after this will simply be positioning moves – there will be no drill and retract motion.

So how is G73 different?

G73 peck drilling adds an extra “pecking” motion – a very small retract (usually around 0.010″ or 0.020″) so that the chips are “broken” – the cut is interrupted and the shorter chips are harmlessly tossed away.

To specify when we want the machine to “peck”, we use a Q value.

Now instead of the tool drilling straight down to Z-0.25, there will be a series of small retracts every 0.100″.

So instead of a single long chip that is produced from Z0 to Z-0.250, we now have three significantly shorter chips that won’t wrap around the tool and cause a horrific disaster.

The nice thing about this cycle is that it’s very fast. The little pecks that break up the chips don’t really add much to the cycle times, so many machinists use this cycle as a go-to for drilling.

The purpose of the G83 cycle is completely different. Instead of simply making shorter chips, the objective of G83 is to pull the chips up out of the hole.

The answer is in the full retract of the G83. Rather than a short retract that happens while the tool is still inside the hole, the tool will do a full retract back up to the R plane (or original Z position, depending on which command/default is used).

This allows for the complete evacuation of chips, and coolant will hit the tip of the tool, which will both lubricate and cool it.

In short, it works better when you’re drilling deep holes.

If you’re cutting very shallow holes where the chips don’t get a chance to get too long, you don’t need to bother with a peck. G81 standard drilling will work just fine.

The rule of thumb that I usually use is if a hole is at least as deep as it is wide (1xD) then I’ll use the G73. Alternatively, if the chips are getting a bit long and I’m worried about them getting tangled up, I’ll use peck drilling just to be safe.

If the depth is four times the diameter or more, you’ll want to use a G83 cycle. This will make sure that your chips can easily evacuate out of the hole and that coolant can reach the cutting edge.

So if you’re using a quarter inch drill, use G83 for depths greater than one inch.

Depending on the material (like how well it flows up the tool flutes) you might want to use G83 on an even shallower hole.

How to Set an Appropriate Q Value

Usually for deeper holes, the maximum Q value that you want to use is 1xD. Really, though this will depend on how heavy your chips are and what the material is like. Cutting with a low feed rate makes for an abundance of thin chips that love plugging up your tool.

On some controllers, you can add a variable-depth peck. What this means is that the first depth can go deeper, followed by subsequently more frequent depths as the tool gets buried further in the material. This is suitable for G83 cycles.

A common approach is to go 3xD for the first peck, 2xD for the second, then 1xD thereafter.

Since Haas is one of the manufactures that allow this on their controller, let’s see what the code would look like.

In this example, let’s program based on a 0.250″ diameter drill that needs to cut two inches deep. I J and K are used to define the peck steps.

The I defines the initial peck depth. In this case, the tool will drill down to -0.75 and then retract.

The K defines the minimum peck. Since the previous peck was 0.50″ deep, the following peck will be 0.25″ deep. And because this peck is the minimum peck distance, all subsequent pecks will be 0.250″ deep thereafter, until the tool reaches its programmed depth of 2.0″ and retracts to the R plane.

As you can see, drilling with this approach reduces the wasted motion of unnecessary retracts – instead of 8 retracts with a standard G83, we were able to reduce that number to 5.

It may not seem like a huge gain, but what if you’re drilling a plate with 5,000 holes? That time adds up.

Any controller that offers a variable peck will do it slightly differently, but this illustrates what it possible. Check your programming manual to see how it can be done on your machine.

In many cam programs, you can set custom individual peck depths that will allow you to do basically the same thing. Just make the motion output a line-to-line command and you’ll have a simple way of achieving the same thing.

For production parts, there’s no reason to waste time.

When to Avoid Pecking

There are many times when you don’t want to use any pecking, but instead a straight drilling cycle (G81).

Aside from very shallow holes, avoid pecking when:

Some tools that don’t work well with peck drilling are:

There you have it, you are now a PeckMaster! Try writing out a few programs by hand and dry running them on a machine to really wrap your head around how these canned cycles work.