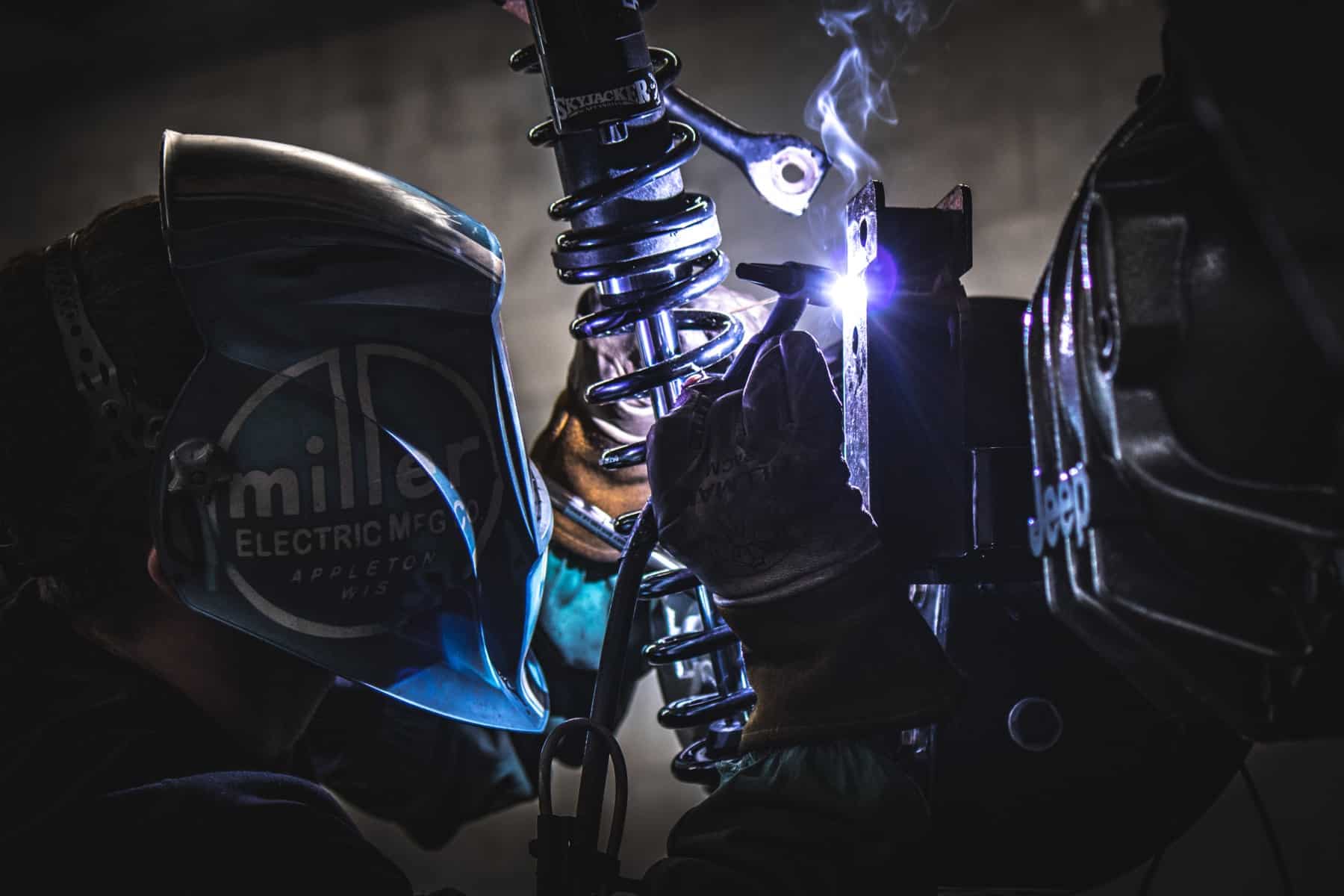 If you’re in the market for a welding machine, you’ve probably noticed that there’s typically a duty cycle mentioned in the technical specifications.

That’s the simplest, most basic answer to the question. There are a few other useful things to know about what this means, though.

One thing that is very important to point out is that not all duty cycles are reported equally.

What I mean by that is that not all welders are tested under the same conditions when they’re determining their rating.

For example, one standard for establishing duty cycle on a welding machine is EN60974-1.

Here’s how the test is done:

Now, not all companies will use this kind of test to rate their machines. For example, the ambient temperature might be cooler than 105 F, or they might not have the machine already heated up.

Generally, though, all the “name brand” machines will be rated by this kind of test.

The reason that this is good to know is that if a particular machine seems to have an unusually high duty cycle, it’s worth asking exactly how they came up with that rating. You know, for the sake of keeping everything apples.

What Happens When the Duty Cycle is Exceeded

The good news about this is that, in the vast majority of cases, nothing catastrophic happens. The welding machine will just overheat, shut itself down, and stay off until it’s cool enough.

Pretty well all welding machines will have a thermocouple that will sense when the machine is too hot. If everything works as it should, your machine will put its own needs ahead of yours. It’ll prevent you from running it to the point of meltdown.

That said, it’s definitely not best practice to force your welder to shut itself down when it gets hot. It’s also really hard on your machine, so if you do it often enough, something will eventually break. Try to not overheat it.

How Likely Is Duty Cycle to Be a Problem?

This really depends. For some kinds of welding, it’s rare that you’ll weld continuously at high amperage. For example, with arc welding, you need to change the electrode. For TIG welding, it’s not often that you’ll run this long of a bead without taking a break to reposition.

Duty cycle is most often a consideration for MIG welding, and even then, you have to be laying down some serious continuous weld. If you’re tacking and stitching, then it’s unlikely that you’ll overheat.

Really, duty cycle is often just an indicator of what size of machine to get. If you really need something that can regularly do 200 amps continuously, and it’s rated at 30% at 200 amps, you should seriously consider a heavier duty machine.

So, duty cycle is most commonly used to give you an idea of what the size of machine is designed for.

How to Calculate Duty Cycle

This is actually pretty complicated to answer perfectly, since there are so many factors. For example, ambient temperature and actual amperage will affect how badly your machine overheats.

Most good welding machines will have a chart somewhere either on the machine or in a booklet that will give you a duty cycle at different amperages.

For example, if you have a 30% at 200 amp machine, but you’re actually running it at 100 amps, it’s extremely likely that your duty cycle under that load is actually 100%.

But if you DON’T have the chart from the manufacturer, here’s a calculator that can help you get a reasonable estimate.

Again, it’s better to go off the chart whenever possible because that’s what’s been actually tested, but this can give you a reasonable idea of what to expect.

Tips for Dealing with Overheating

Sometimes you only have a small welder and you need to get a job done. If you’re having a hard time with a lower duty cycle and can’t get a more powerful machine, here are a few tips.

Set an alarm to remind you to stop welding. If you can only weld for 3 minutes before you trip the switch, setting a timer 30 seconds before it goes off will save your machine a lot of wear and tear. It’s also a good idea to set a timer for when you can start welding again.

Clean the fan and vent(s). If your older machine seems to be overheating too frequently, it’s probably because it’s dirty and can’t get the heat out quickly enough. Use some shop air to blast out the dust and you’ll probably notice much better results.

Keep your machine in a ventilated area. If you have all kinds of crap piled on and around it, it could be that it’s too stuffy to cool down. Make sure that air can freely flow around the machine. To take it one step further, you could point a fan directly at your machine to get better air flow.