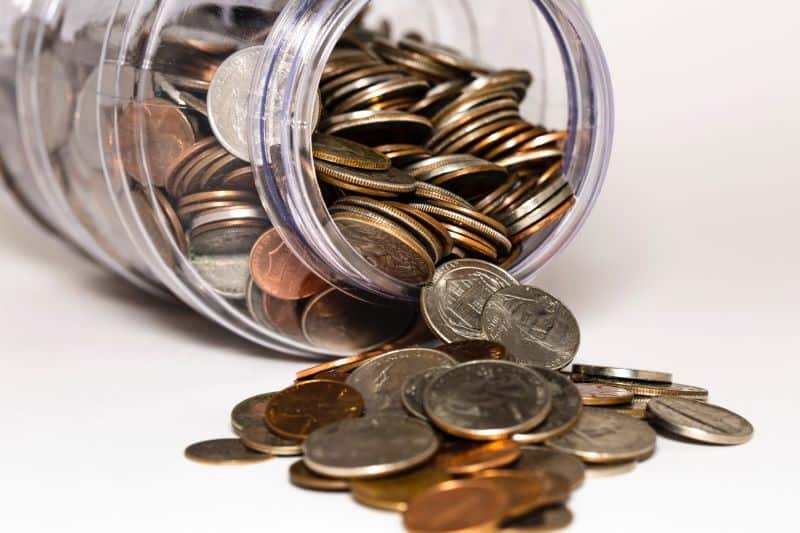 If you skim through the comments of nearly any YouTube “make a ring from a quarter” or mokume gane type of video, you’ll see mindnumbing arguments back and forth on whether the content is illegal since it’s technically destroying US money. Let’s settle this.

Is it illegal to melt or destroy US pennies or other coins? It is not illegal to melt, form, destroy, or otherwise modify US coins, including pennies, unless the objective is fraudulent or with the intent of selling the raw materials of the coins for profit. Projects that use coins as materials are entirely legal in the United States.

Now as with anything US-law related, there’s a bit more to it. In this post, I’ll share the exact legal references to qualify that statement, as well as examples of what would be legal/illegal.

What the Law States

According to Cornell Law School’s copy of US law:

Ok, so as we can see here, this is focused on pennies and nickels. This says pretty clearly that you can’t melt down either of these coins. However….

Section 82.2 of that law lists the exceptions. Here’s the one of interest:

(b) The prohibition contained in § 82.1 against the treatment of 5-cent coins and one-cent coins shall not apply to the treatment of these coins for educational, amusement, novelty, jewelry, and similar purposes as long as the volumes treated and the nature of the treatment makes it clear that such treatment is not intended as a means by which to profit solely from the value of the metal content of the coins.

According to this, those “squash a penny into an oval” machines that you see at state parks and other attractions are legal after all.

So, in a nutshell, you’re in the clear if you’re doing it for fun, jewelry, or other types of crafts and projects. You’ll notice that there’s a very specific bit of wording in that law, though.

“Profiting Solely from the Value of the Metal Content”

Let me explain what this means.

The point here is that you can’t profit solely from the value of the metal content of the coins. If you’re making some kind of jewelry or trinket and selling them, you’re profiting from the combination of the material as well as the labor or anything else that went into making that piece of jewelry. In other words, it’s A-OK.

What is illegal is if you get a whole pile of coins, melt them down, and sell the bullion as scrap metal. Why on earth would someone do this, you ask?

Because, on very rare occasions, you could make a sweet profit.

For example, in 2011 the American economy wasn’t doing so great. The nickel was actually worth less than the metal used to make it. Technically, you could collect a truckload of nickels, melt them all down, and sell them for a profit.

Obviously, this would be pretty annoying for the US Mint. That’s why there’s this law about not melting down the low-value coins. Once people catch on and start up new scrap metal businesses, there would be a financial strain on the US government to make new coins. It would cost them more than they’d get.

This has actually been a common problem in history. As soon as the the materials of a coin are higher than the coin itself, people are quick to melt down and cash in.

If you’re caught with an underground coins-for-scrap business, you could face $10k in fines and up to 5 years in prison.

Fun fact: You’re not legally permitted to take more than $5 worth of pennies and nickels out of the US at a time. This prevents people from offshoring the devious scrap metal business.

What “The Other” Law States

Ok, so there’s another US law that comes into play here.

Whoever fraudulently alters, defaces, mutilates, impairs, diminishes, falsifies, scales, or lightens any of the coins coined at the mints of the United States, or any foreign coins which are by law made current or are in actual use or circulation as money within the United States; or
Whoever fraudulently possesses, passes, utters, publishes, or sells, or attempts to pass, utter, publish, or sell, or brings into the United States, any such coin, knowing the same to be altered, defaced, mutilated, impaired, diminished, falsified, scaled, or lightened—
Shall be fined under this title or imprisoned not more than five years, or both.

This is one that’s very commonly cited all over the web…. but incompletely.

The word that most people tend to omit is “fraudulently”. It’s an important word.

Essentially, defacing, mutilating, diminshing, etc is only against the law when it’s fraudulent. So if you’re not trying to commit fraud (like you’re trying to make a penny look like a dime and use it as currency) then you’re in the clear.

Making a ring out of a quarter doesn’t really strike me as an effort to commit fraud.

There’s not actually much to say here. The other common kinds of US coins are unlikely to ever be worth less that the metal they’re made from. The only coins specifically mentioned by law are the penny and the nickel.

That means that quarters, dimes, etc are totally fine for you to massacre in any way you please for your nefarious projects.

Every country has different laws, so don’t expect that you can legally use coins from other countries in your projects.

For example, Singapore views their money as more than just currency; it’s also their art and culture. It’s illegal to modify any of their currency. This is kind of interesting, especially since Etsy is full of Singaporean coin jewelry.

Mind you, if you’re making Singaporean coin jewelry from a secret hideout on US soil, you probably don’t have to look over your shoulder too carefully. But if you’re caught doing this in Singapore, you could be fined up to $2k USD.

The point is, traveling around the world with foreign currency jewelry might not be the best of ideas. It’s pretty unlikely that they’ll hunt you down internationally and throw you into a third world dungeon, though.

For all this other stuff, though, mutilate away!